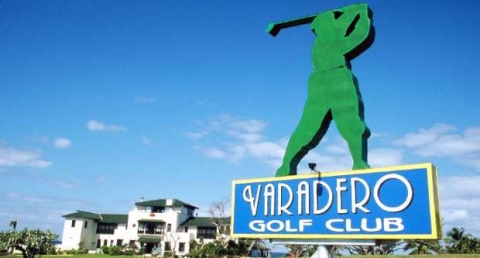 A Chinese company and the Cuban government have signed a letter of intent to build a golf course and resort, official media said on Friday, with an apparent eye to the eventual lifting of U.S. travel restrictions.

Cuba currently has one 18-hole-golf course, and its Communist government says it wants to eventually have at least 12 golf resorts on the Caribbean island.

“The president of the Beijing Enterprise Group and business director of the tourism ministry, Wuang Dong and Jose Reinaldo Daniel, respectively, signed the letter of intent, which that gave the green light to initiate the project,” Juventud Rebelde newspaper reported.

The resort would be on the northern coast, between Havana and the Varadero beach resort, Cuba’s most famous tourism attraction and site of its only regulation-sized golf course.

President Barack Obama has loosened restrictions on Americans traveling to Cuba as part of his historic December announcement that the two countries would reestablish diplomatic relations after 54 years and work toward ending U.S. sanctions on the island.

Americans now traveling to Cuba for non-tourism related purposes such as religious and academic activities no longer need their government’s permission before leaving, but they can be questioned about their activities upon returning home.

A general ban on travel to Cuba, except for Cuban-Americans, remains in place as part of the U.S. trade embargo.

Nevertheless, U.S. travel agencies report a huge increase in inquiries about Cuba and airlines are lining up to establish regular flights in lieu of existing charters.

Legislation was recently introduced in the U.S. Congress to lift the travel ban, and a new bipartisan U.S. lobby group called Cuba Engage plans to begin work in May toward that end.

The letter of intent for the Chinese project, which will include a golf course, marina, condominiums and hotels, was signed on Thursday at the close of Cuba’s annual tourism fair, Juventud Rebelde said.

A British company signed a similar agreement last year for a site just east of the Varadero beach resort and valued at $350 million, with construction scheduled to begin in 2016.

Last year 100,000 Americans not of Cuban origin visited the island, and so far this year through March there has been a 20 percent increase in arrivals, according to a source who has seen the Cuban government’s unpublished data.