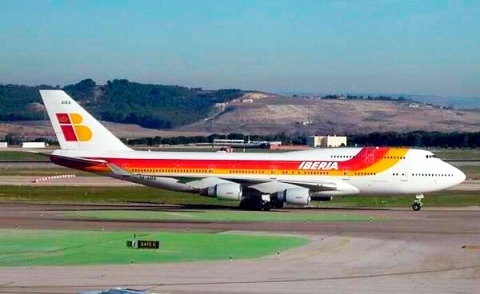 Spain’s airline Iberia resumed their regular services to Cuba, a very good decision for that company facing a drop in their income, and great for the island, whose attractions are at the top.

Iberia,  hit by the global crisis, canceled in the last two years some of its routes and flights, including Madrid-Havana. But according to Luis Gallego, Chairman of the Spanish company, the restoring of Iberia flights  comes at a very important moment in the middle of the  exchanges between the US and Cuba, whose governments began last December a process to normalize their relations after nearly 60 years of serious and hermetic conflict.

As recently reported by the airline, that route will now have five direct weekly flights (Monday, Tuesday, Wednesday, Saturday and Sunday) to Cuba. The airline will fly with Airbus A330 aircraft, which incorporate new products: seats that become beds two meters long in business class and new and spacious seats in tourist, in addition to individual entertainment on demand for all passengers, Wi-Fi and GSM connectivity.

With these operations, the flow of tourists from Spain will regain the level of previous seasons, which will position it again among the main countries sending tourists to Cuba.

According to the National Bureau of Statistics and Information, 77,099 passengers from Spain traveled to Cuba in 2014, which represented a slight increase compared to 2013, and that the European nation occupied the ninth position on the list of countries sending tourists to the Caribbean island.

Chairman Gallego said that the resumption of dialogue between Washington and Havana opens up new prospects for the Spanish tourism industry, with major interests in the Caribbean nation.

Not only Iberia has taken new decisions regarding Cuba since December 2014.

Several US airlines and at least one of Spain, Air Europa, are also very interested in establishing regular flights to Cuba as soon as possible. The “Yankees” companies are American Airlines, United, JetBlue, Southwest and Delta, that expressed already their intention to establish Cuban itineraries.

The experts assure that the principal reason of such urgent negotiations is the increase of tourism to the island that welcomed three million tourists last year. Besides, the Island registered an increase of American visitors in the first months of 2015.

Cuba is a tourist destination so attractive these days and the competition is so strong now that the president of Air Europa and founder of Globalia, Juan Jose Hidalgo, recently announced in an interview that his company will request United States to Cuba licenses to operate three or four regular flights between Miami and Havana.