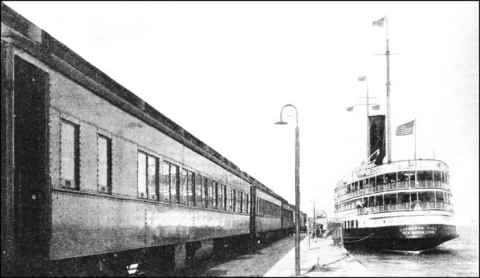 The companies were notified last week of approvals by the U.S. Treasury and Commerce departments, the first since Washington imposed a trade embargo on Cuba. Licensed were Havana Ferry Partners of Fort Lauderdale, Baja Ferries of Miami, United Caribbean Lines Florida of Greater Orlando and Airline Brokers Co. of Miami and Fort Lauderdale.

A Treasury spokeswoman confirmed to Sun Sentinel, in Florida, the approval of ferry licenses but would not say how many were approved. Cuba also must approve the operations.

The ferry companies plan to offer trips that would be less expensive than charter flights, while allowing more luggages free. Many Cuban-Americans haul down hefty supplies for family homes and new private businesses.

President Obama since Dec. 17 has moved to re-establish diplomatic ties with Cuba and has eased travel and trade. The passenger ferries will be able to carry only authorized U.S. travelers to Cuba, including people in 12 categories who no longer need a license in advance to visit. Those categories include family visits as well as religious and educational activities, among others.

Americans still are not allowed to travel to Cuba for general tourism under the terms of the U.S. embargo, which remains in place. Only Congress can lift the embargo.