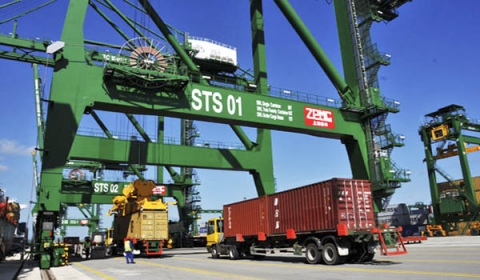 The market-oriented reforms in Cuba and its improved ties with the United States have made the Caribbean country an attractive destination for business delegations from Europe and China in the past few weeks.

Soria, who was here to boost his country’s trade and investment in Cuba in various sectors, said that the economic reforms launched by Cuban President Raul Castro is “marking the correct path.”

Raul Castro introduced measures to reform the national economy soon after taking office in 2008, in a bid to build Cuba into a “prosperous and sustainable socialist nation.”

Cuba’s Council of Ministers agreed to “extend the experiment to private sectors” at a meeting in June.
The aim of the Spanish minister’s visit, together with 75 business representatives, was to support Spanish companies interested in establishing themselves in Cuba.

“A new era full of opportunities is beginning in Cuba and Spanish companies can contribute their accumulated experiences in various fields such as industry, tourism, energy, telecommunications and infrastructure,” said Soria.

In June, the Spanish Company of Financing and Development (COFIDES) decided to provide Spanish companies with 40 million euros (around 44 million U.S. dollars) before 2017 for them to invest in Cuba and more fund will be available in the future, said Jaime Garcia Legaz, Spain’s Secretary of State for Trade, who came together with Soria.

Spain is Cuba’s third largest trading partner after Venezuela and China and has around 200 enterprises mainly in the island’s tourism sector.

It is the largest group of Italian entrepreneurs to have ever visited Cuba, Cuban news agency Prensa Latina (PL) cited Calenda as saying.

Like Europe, China also holds an optimistic view as to the potential of the Cuban economy.

For China, Cuba is not only a market full of opportunities, but also essential to a greater Latin American market given Cuban’s geographical location, said Chinese Ambassador to Cuba Zhang Tuo.

The delegation also met with Carlos Manuel Gutierrez Calzado, president of BioCubaFarma, the biggest biotechnology and pharmaceutical group in Cuba, to discuss the details of further cooperation.

Preceding the Shenzhen delegation, Chinese Vice Premier Wang Yang visited the island late June, when he called for strengthened planning in cooperation between the two countries on infrastructure, bio-tech, agriculture and renewable energy, as well as efforts to explore industrial and investment cooperation potentials.