Point of View: Back from Cuba, Douglas said Plattsburgh-Havana flights are coming soon 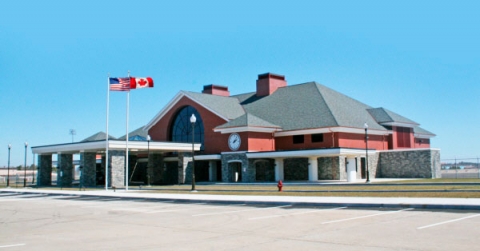 New York’s North Country travelers might be able to hop on a plane in Plattsburgh, N.Y., and get off in Havana, Cuba sometime soon, according to Garry Douglas, one of the region’s top economic development leaders. “It will happen,” Douglas said.

Douglas is co-chair of the North Country’s Regional Economic Development Council and heads the North Country Chamber of Commerce. He was one of several officials who joined Andrew Cuomo last week, when he became the first state governor to visit Cuba in years. “It matters to be first. Economic development, international relationships are always in part a race. We won that race,” Douglas said.

Douglas helped create the Plattsburgh International Airport. He represented the air travel industry on the trip, along with Robin Hayes, CEO of JetBlue Airways. Douglas said flights to Cuba could become a reality because there’s a high demand in Montreal. He said the demand could spill over the border.

“More than 600,000 people fly from Trudeau airport every year now to Cuba. That’s a huge number. It’s almost half of the total for all of Canada going to Cuba,” he said. “That makes it an instant success when — not if, but when — somebody first opens up Cuba service from Montreal’s United States airport.”

It is early. The U.S. embargo still forbids regular tourism to Cuba, and the Plattsburgh International Airport is a tiny facility. The airport cannot send planes to Cuba until it finishes an ongoing expansion project that is expected to wrap up by 2017.

Douglas said he met the Cuban Director of International Air Travel, who supported the idea of a Plattsburgh-Cuba service. Douglas said she used to live in Montreal and was familiar with Plattsburgh.

“When we need a contact in Havana, at whatever point we need that to help facilitate air service between here and there, we have one,” he said.