Reservations number of Americans who want to visit Cuba increased 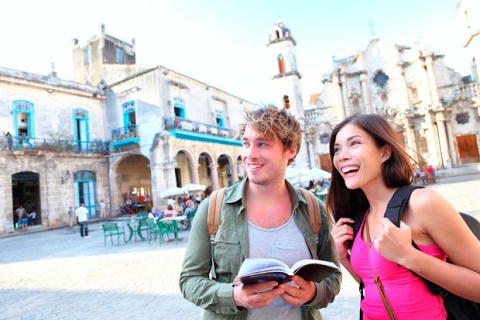 More than two months after President Barack Obama announced that travel restrictions to the island would be alleviated and several weeks later reported that less stringent regulations, travel companies report that questions and reservations have increased while more travel agency involved, according to U.S. press.

“There is a kind of sense of urgency by travelers,” said Collin Laverty, owner of Educational Travel Cuba in Washington, DC “People perceive that is about openness, so want to go there soon.”

Tom Popper, president of the travel company Insight Cuba New York, said to journalists that  he returned from a trip to Cuba last week and was surprised by the number of Americans found. The interest occurs during high season in Cuba, adding pressure to a tourism infrastructure that has serious problems.

Yet tourism is prohibited, which means that Americans will have to wait for all travel restrictions before staying at a cabin in Varadero or spend a weekend enjoying mojitos and Cuban cigars are lifted.

However, the January 15, the Treasury Department announced that citizens included 12 categories of authorized travel-including educational, public performances, sports competitions, help the Cuban people and humanitarians projects did not have to apply for a specific license to go to Cuba.