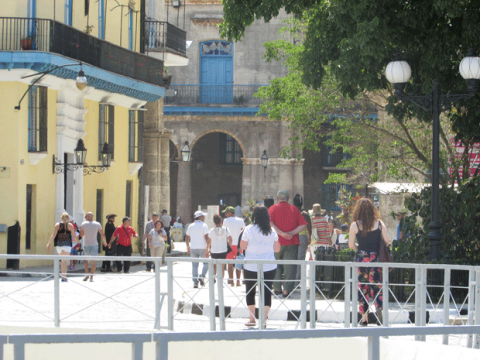 The positive behavior of French tourism to Cuba in the current 2015, was highlighted in Paris during a meeting with travel agents to strengthen the exchange.

Until last September 6, there was an increase of 30.39 percent in the arrival of French visitors to the Caribbean nation compared to the same period last year, told Prensa Latina Rosa Adela Mejías, Counselor of Tourism for the Embassy of Cuba in this European country.

Mejías noted that this significant increase guarantees safety and security in relation to the market.

The official stressed that the heritage, culture, people, beaches, nature, and weather remain as selection criteria. We have many open targets to meet each of these applications, she said.

Therefore, she gave great importance to the training of travel agents so they can address the diversity of demand from all points of view.

In this regard, she pointed out that they are engaged in a program of presentations and seminars with travel agents, primarily for the purpose of having direct meetings to train them and upgrade them in the tourism area on the island.

Furthermore, it is important to listen to their views with regard to sales and providing them information about those they can develop when their applications have no logistical support, she said.

We know that the demand has increased dramatically, which does not mean that there are possibilities and opportunities in different destinations,the official added.

The meeting, warmly welcomed by both sides, helps diagnosing problems in order to try to solve them. Travel agents expressed the growing interest of people in traveling to Cuba.